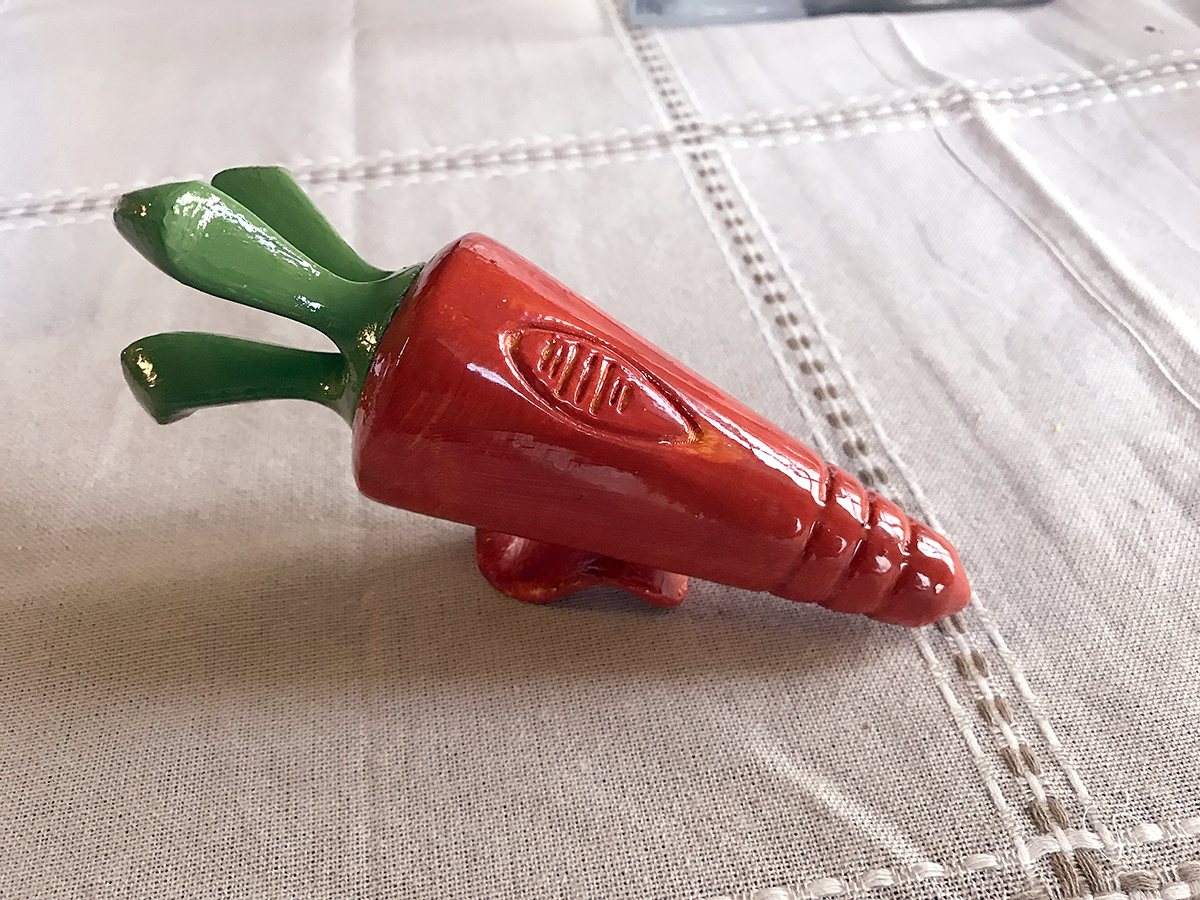 Due to my fiance’s job, we have been unable to dress up for Halloween together for years. Thankfully, we decided to go to Walt Disney World Resort in September of 2019 and was able to attend Mickey’s-Not-So-Scary-Halloween party. Since this is one of the few times adult guests are allowed to dress-up in costumes, we monopolized on that fact to come up with a gender-bent Zootopia costume. I would be Jude (the dude) Hopps and she would be Nicole Wilde. With the costumes, I decided to make us the Carrot pen that Judy Hopps had throughout the movie, and the “Paw”sicle Nick Wilde was using as part of his con scheme.

I began with watching the movie and looking at mutiple angles of both the popsicle and the pen. I started with the modeling the pen. Because I knew I would be 3D printing the pen, I started with modeling the basic shape and made sure the top part was detachable. This was for ease of printing and assembly. The popsicle was a bit harder. I had to research fennec foxes and their paw prints. Making it in Adobe Illustrator, I imported the SVG into Blender3D and through extrusion and sculpting was able to create the form that will ultimately be 3D printed.

The carrot and popsicle were printed on a Robo3D C2 3D printer with PLA filament. The carrot pen parts took a combine of  12 hours and the popsicle took 15 hours. After printing each part, I went through a sanding and clean-up phase. All parts were coated in white gesso and then painted with acrylic paint. I then did a resin coat. After the popsicle dried, I made a silicon mold of the popsicle. I used that make a resin mold, colored with red acrylic paint, to make the final prop. 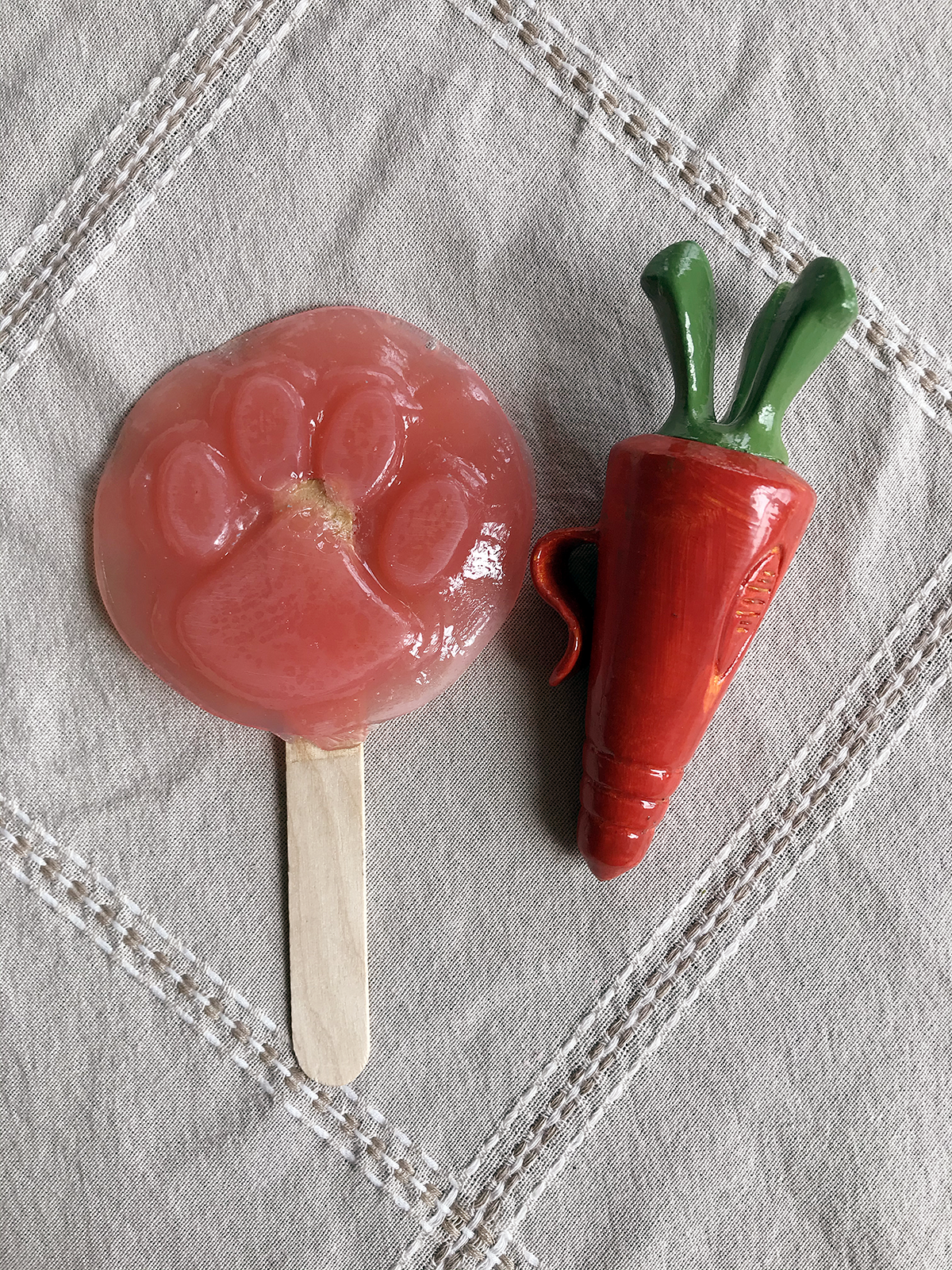 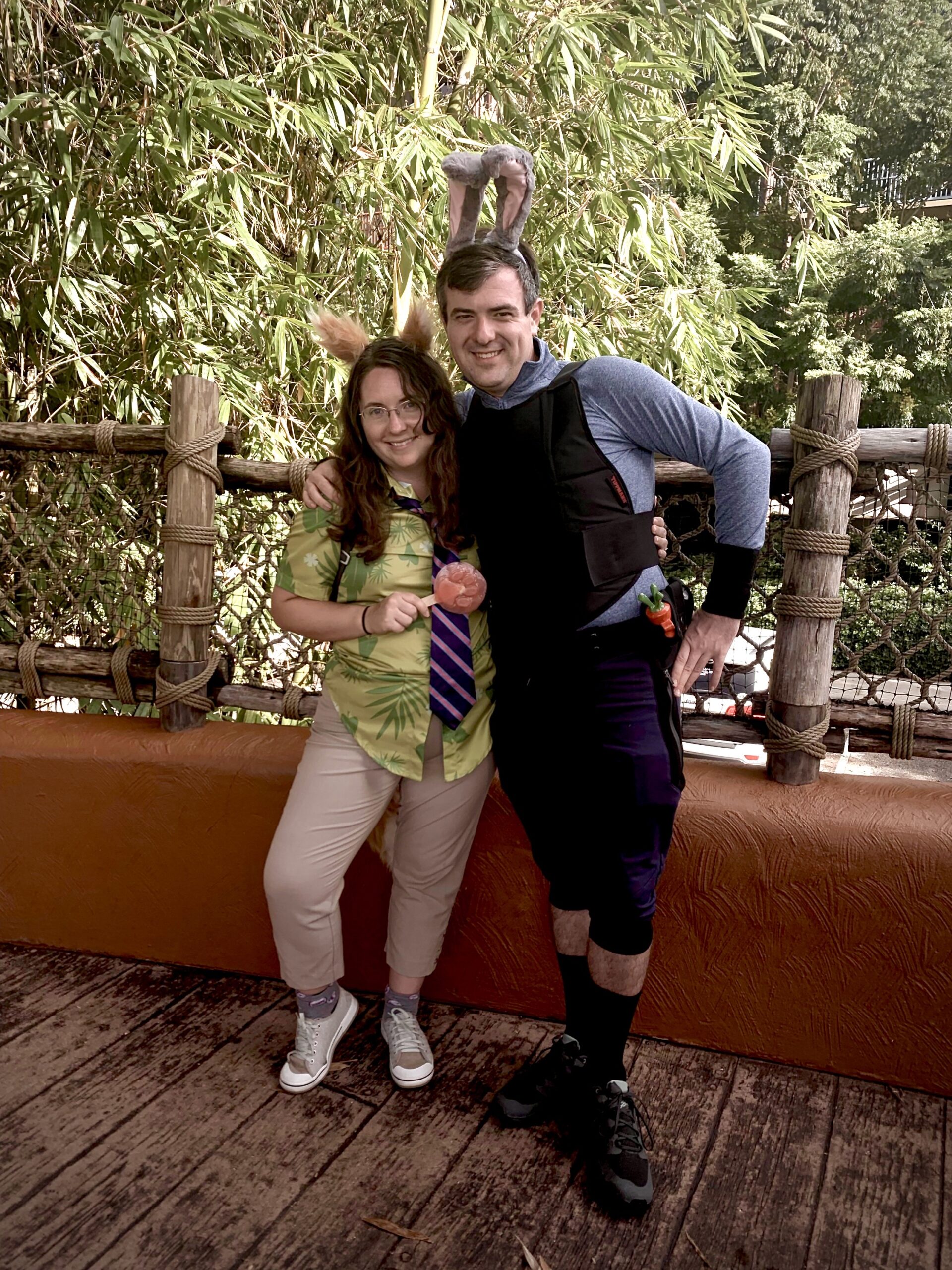