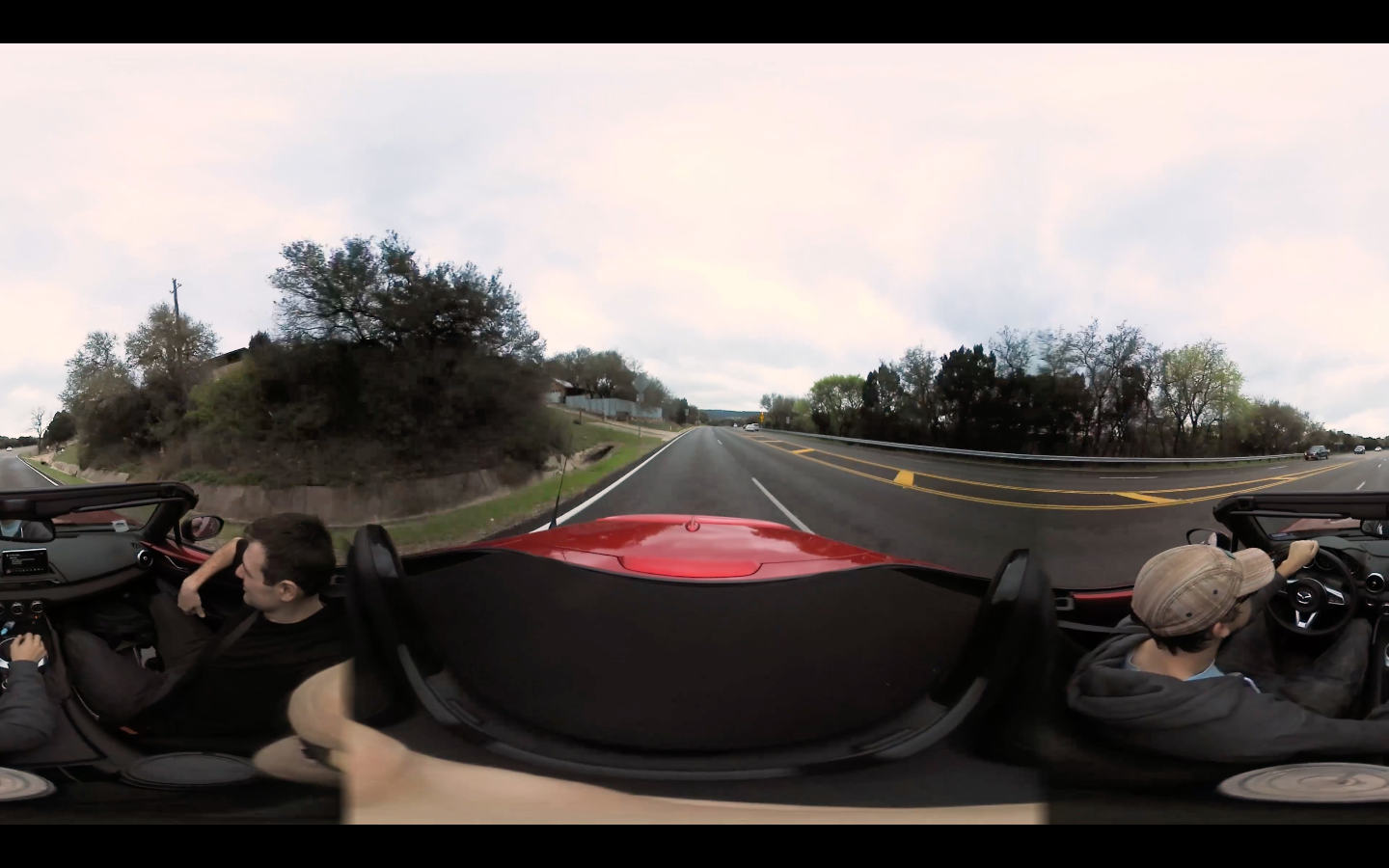 Here are a few explorations using a 360 camera. Above are a series of panoramic photos. I tried to find moments where a 360 photo would be serene and peaceful to look at or moments where it grabs a moment and finds it amusing.

The two videos below are two of my more recent explorations. One feature that I loved about the Keymission is setting up a time-lapse. It provided what I was missing with just a single photo, that motion. In some event like a board game, you wouldn’t want to watch a group of people playing. When you put it into a time-lapse, for me and people I’ve showed it to at least, have a much more engaged response.  I did it again with people screen printing at Hey Monkey in Durham. The car video was me exploring a bit more with movement. Can I have the camera moving and not get sick? For me, yes!  I think this situation works because the relationship between the car and the camera is static. If the camera was moving around more, in a different motion than the car, I think that’s when the motion sickness would set in.

Can 360 video replace every instance where we would consume video? I’m not sure. I feel like it has its limitations and people are still trying to gauge them. I do enjoy seeing what people create and what I can explore. I would like to point out that I put VR and 360 Photo/Video in different categories. And that is because of 360 videos inherent quality of passive consumption and the high interactivity of most VR experiences.

Driving in the hills of Austin, Texas